Did you know that 🍅 tomatoes are the number one homegrown crop? As a matter of fact, my mom has a garden in her backyard and has quite a few tomato plants. She always gets an abundant tomato crop.

By late summer tomatoes are usually ready to be picked off the vine. Tomatoes are indeed a versatile fruit. Initially, when my mom first started growing tomatoes, we didn’t use tomatoes to their fullest potential lol.  We kept some to eat in salads and to make salsas. The rest were given away to family and friends.

One year my mom decided to make a slow-roasted tomato sauce. The sauce was absolutely delicious 😋😋, not to mention it’s the easiest sauce you can make. ** Side Note: It’s delicious as a sauce and as a soup. Sometimes she adds some frozen vegetables, beans and pasta to the sauce to make a Minestrone Soup. Ok back to the sauce lol. She usually grows Roma tomatoes (also known as plum tomatoes), and beefsteak tomatoes, and uses a mixture of the two types of tomatoes in the sauce. Depending on the ratio of Roma tomatoes to beefsteak tomatoes you’ll either get a sauce that is very liquidly or a thicker sauce. Using more beefsteak tomatoes results in a sauce that is more liquidly.

Last week I decided to make her sauce. I used equal amounts of Roma tomatoes and beefsteak tomatoes, two pounds of each. The sauce was great, and it was the perfect consistency. This sauce is so easy to make, equal amounts of beefsteak tomatoes and Roma tomatoes, 1 large onion roughly chopped (I like to use Vadilia onions), two sweet peppers (could be any color you like) 1 head of peeled garlic, drizzle in some honey, and some olive oil, sprinkle with salt and pepper, top with a bay leaf, and off it goes into the oven for 8 hours. I slow roasted mine for 6 hours on 275, and then 2 hours on 300. Now for the fun part, if you have an emersion blender, you can blend your sauce right in the roasting pan, if not put your sauce in the blender. I made the mistake of putting my sauce in the food processor. It was too much sauce for my work bowl, and the sauce was coming out of the top of my food processor 😩😩. Of course, it didn’t change the taste of the sauce, but when you make your sauce don’t make the same mistake, I did. After removing the sauce from the food processor, I poured the sauce into a pan and tasted it, it was great, but it needed a bit more seasoning. It was a bit acidic, so I added about 6 tablespoons of honey, and a little more salt, and garlic seasoning, and it was great.

This delicious slow roasted tomato sauce gets roasted in the oven for 8 hours. It highlights the juicy tomatoes from summer, as fall rolls in.

Did you make this recipe? 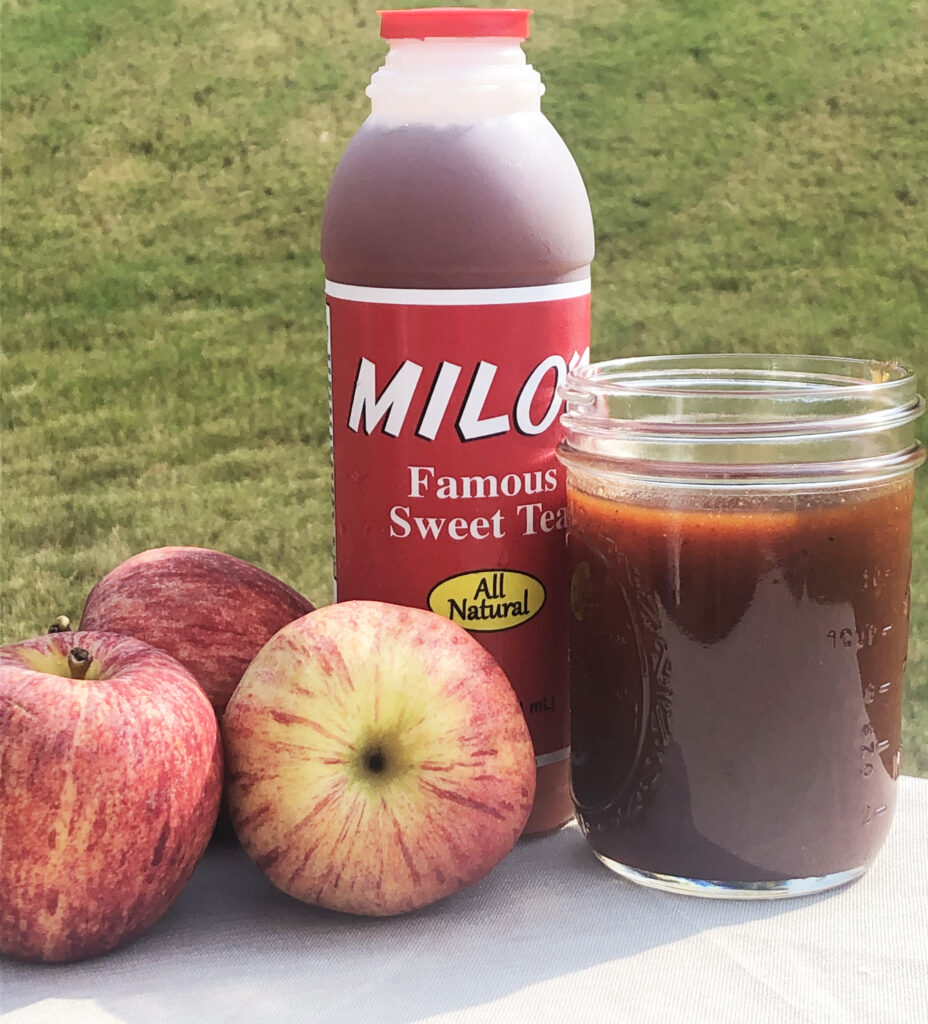